Renee Zellweger is reportedly a big fan of Jennifer Lawrence and can see a lot of herself in the actress. 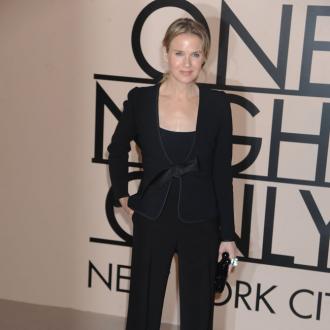 The 44-year-old 'Bridget Jones' Diary' actress has taken a keen interest in the 23-year-old Hollywood sensation and has reportedly even been trying to style herself the same way.

A source told the National Enquirer magazine: ''Renee is obsessed. Ever since Jennifer broke through in [2010 drama] 'Winter's Bone' Renee has been watching her career closely.

''It sounds crazy but Renee sees a lot of her younger self in Jennifer. She's even trying to restyle herself to fit Jennifer's mould.''

Renee is said to be looking to adopt a child with her boyfriend, Doyle Bramhall II, but is also planning a big career comeback.

The source added: ''Now that she's happy, in love and gearing up for a baby, she's ready to storm back into the Hollywood game. And she believes that by modelling herself after Jennifer, she's soar back into A-list career glory again.''