Renee Zellweger Says She Doesn't Need Children "To Be Happy"

The 'Bridget Jones's Baby' star has been asked several times about her appearance and about family prospects since she announced her return.

Since she announced her return from a six-year career break to star in Bridget Jones’s Baby, Renee Zellweger has had to field a number of questions about plastic surgery rumours, ageing and whether or not she’ll have family – and has done so with pretty admirable patience.

In a recent interview she said that she had “craved” the process of acting and creativity that she had escaped back in 2010 when she went on a career hiatus. Just a few days later, she was asked by Extra magazine whether that “craving” extended toward eventually having a baby, like her character in the forthcoming movie. 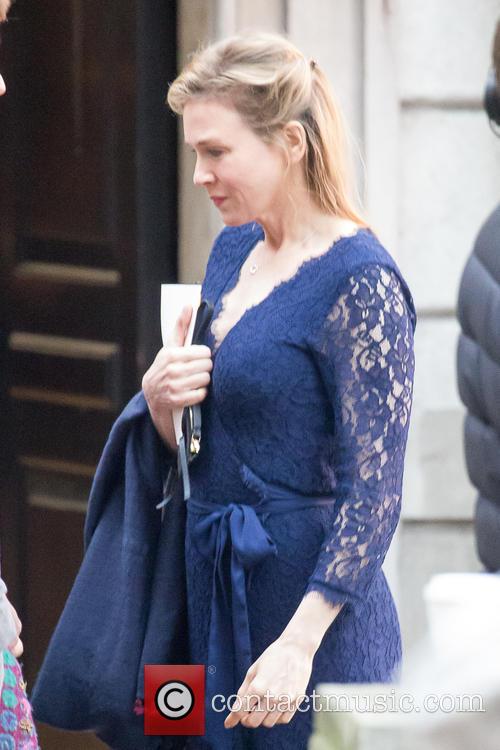 Renee Zellweger was asked about whether she was "craving a baby"

“I’ve never really thought like that about anything in my life, really,” the 47 year old star explained. “I’ve always been kind of open to whatever may be, curious to see what’s next. I’ve never been that deliberate about my life and the things that I would require in order to be happy.”

Zellweger is currently in a relationship with her musician boyfriend Doyle Bramhall. On screen, Bridget Jones is trying out online dating in the new movie, but the actress herself said the real thing looks absolutely terrifying.

“That would be hilarious… I did go to a wedding last year and I did learn what Tinder was, and we sat and went through my friend's Tinder page, which is pretty incredible… I can’t imagine.”

Last month, she vented to The Hollywood Reporter that so much speculation around her appearance after she returned focussed on whether she had had cosmetic surgery, saying that men in the same position would not face such scrutiny.

Bridget Jones's Baby is released in cinemas in the UK on September 16th.

More: Renee Zellweger slams speculation about her appearance once again