Renee Zellweger has teamed up with designer Tommy Hilfiger to create a bag to raise funds for the Breast Health Institute. 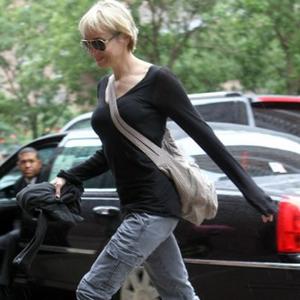 Renee Zellweger has joined forces with Tommy Hilfiger to design a bag to raise funds for the Breast Health Institute.

The Oscar-winning actress created the light brown Suede bag which will sell for $299 with $100 from each going to the Fund For Living campaign - formed by the association to support women battling cancer and to help cover their expenses on a daily basis.

Renee said: "This is one of the best things about this initiative, and I love that Tommy Hilfiger has supported it for five years. It's very real, very direct, helping women in their personal struggles, buying a wig or allowing them to hire a babysitter or to take a taxi when they don't feel like they can ride the bus."

Daniel Grieder, chief executive officer of Tommy Hilfiger Europe, praised Renee's involvement, saying: "The way she can express this is so important for us. We have several wish ambassadors, but we don't just go down the list; it's how you are behind this project that matters."

Renee - whose grandmother died in 1969 after battling cancer and who had a cancer scare herself in 1996 - admitted her reasons for getting involved were extremely "selfish" as friends and family members have suffered with the disease.

Designing the bag has also made Renee think about a move into fashion. Asked if she would consider her own fragrance, she said: "I haven't really thought about it. Occasionally, I have my dream shoe line in my head."