It seems Renee Zellweger is more like her Bridget Jones character than you realise, despite the fact that she's a graceful American woman in real life rather a bumbling Londoner. Arriving at the US premiere for 'Bridget Jones's Baby' yesterday brought back memories from an embarrassing incident at the original movie's screening. 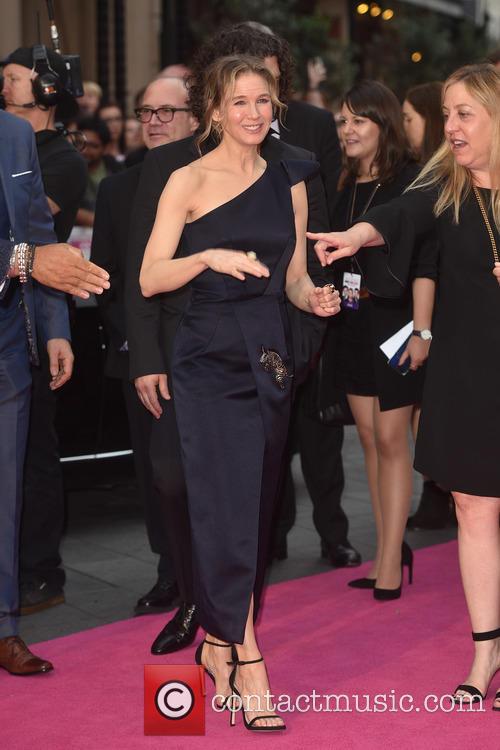 Zellweger hit the red carpet for the third film in the Bridget Jones movie series last night (September 12th 2016), but she couldn't help but be reminded of a 'very Bridget Jones moment' she had during the New York premiere of the first film, 'Bridget Jones's Diary', in 2001 at the Ziegfeld Theater.

'My button popped off my coat, and we had to stop off at the drugstore and get a safety pin to fix it from the inside', she confessed to The Hollywood Reporter. 'Perfect, right? A very Bridget Jones moment.'

If that wasn't enough to convince her that she was the rightful face of Bridget Jones, the audience's reaction certainly was. The first movie was a critically and commercially acclaimed success, and Renee even went on to be nominated at the Academy Awards for Best Actress in a Leading Role. Co-star Colin Firth looked back fondly on her first stint as Helen Fielding's beloved middle-class would-be singleton.

'There was this huge amount of fuss in the British press about an American girl playing our national treasure. Now, it couldn't be more different', Firth said. 'Renee has completely taken ownership of it and no one can imagine it any differently. She is absolutely adored in the role - by me as well - and now I think she has surpassed herself. There's more texture and more dimensions than even before.'

'Bridget Jones's Baby' is set to arrive in theaters on September 16th 2016.