American star Remy Ma has claimed that the landscape is changing for female rappers.

Remy Ma thinks the landscape is changing for female rappers.

The 37-year-old American star is a veteran of the hip-hop industry and she believes that women are now being taken more seriously and given more opportunities than was previously the case.

She explained: "A change has come. There's always been a lot of female rappers that had talent. They just weren't being promoted or taken seriously or given an opportunity. For so long, it's been the same thing over and over and over."

Remy also called on female rappers to work together even more, suggesting they're a stronger influence when they unite.

Speaking to Variety, the New York-born musician said: "There's strength in numbers. So If I'm doing good, and this girl here is doing good, people will take it more seriously ...

"We all bring something different to the table, and once people realise that, stop fighting each other, work together and help build each other up, we'll grow even more."

Remy recently joined Columbia Records and having endured numerous ups and downs earlier in her career, she couldn't be any happier with where she's currently at.

She shared: "I've been doing this since I was in high school and it's a rough business.

"I've had recording contracts at major labels and I've also been independent before and I get to finally have the perks of a major with independence. The people at Columbia who work on my project care about it as much as I do - maybe even more." 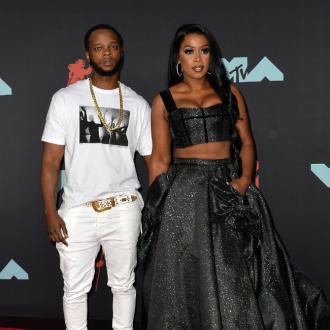