Much has been written in the past few days regarding R.E.M.'s split after 31 years and 15 albums. While the majority of tributes and retrospectives have looked at their musical influence, there is another legacy that the band has left for many people in their twenties and thirties. Unlike so many other bands, for a generation that grew up in the 80's and 90's, R.E.M. has always been there.

For many fans R.E.M. were not a traditional singles band, instead the album format was the reason why you loved them. While digging through their treasure trove back catalogue, there were also signposts to other bands you would come to love. Without the guidance of Stipe and his bandmates, I wouldn't have encountered Television, The Replacements, Wilco, Headswim, or even Patti Smith. That back catalogue also provoked a deeply personal experience with very few fans concurring on their absolute favourite tracks, not because there were too many to choose from, but because they became inseparable from moments in your life that you'd never forget. 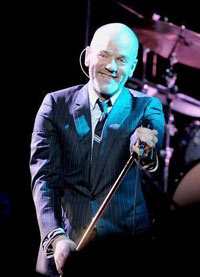 That point was brought home to me yesterday when I received the following Facebook message from a long lost friend; "Glastonbury 1999. Immense. So glad you persuaded me to see them!" That was 13 years ago, yet after all that time it's still a memory that didn't just burn brightly for me, because it made someone else reconnect. Maybe R.E.M.'s appeal was that Berry, Buck, Mills, and Stipe always seemed very down to earth. Inaudible vocals on the early records, defying expectations when they'd found chart success with Document and Green by introducing mandolins, refusing to extensively tour when Out Of Time and Automatic For The People were released, lead singles that alienated the casual fan ('E-Bow The Letter' and 'Daysleeper' spring to mind). R.E.M. were obviously reluctant rock stars. Yet for a brief period they were the biggest band in the world, and had more recently started to carve out an elder statesmen of rock niche for themselves after 3 decades. Many people therefore assumed that R.E.M. would always be there and would periodically contribute something new to their lives.

R.E.M.'s split feels different to other landmark musical moments, Cobain's suicide for example, because you hadn't always been able to reference every part of your life with a band like Nirvana, and not just because they hadn't existed for decades. R.E.M.'s music covered so many emotional shades, and was so universal that the moments you shared with it spanned a breadth of people and time. That's why their legacy won't be just the music that will continue to be the soundtrack for people's lives, it will be the memories that they've given you.

So I'll remember being 12 and persuading my mum to buy me a cassette of Automatic For The People on the day it came out, then making her listen to it on the way home and converting her to being a fan. I'll remember being at a girls house at the age of 16 and singing along at the top of our voices to a VHS tape of R.E.M. videos. I'll remember a very hazy Glastobury '99, where R.E.M. is 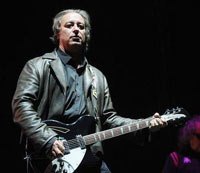 about the only musical performance that I can remember seeing with 3 school friends. I'll remember the American girl at Uni calling me the 'R.E.M. guy', because apparantly their music was the reason she knew that I'd returned to my room in halls. I'll remember sitting in Jfk airport and hearing the very apt 'Leaving New York' for the first time. I'll remember the DJ that tried to wake me up in the studio by playing 'The Sidewinder Sleeps Tonite' before I read my first news bulletin of the morning. I'll remember the impromtu party in the car park under Hyde Park after an R.E.M. gig that my best mate had driven to. Most importantly I'll remember all the people that I shared those and many other moments with.

It seems I'm not alone, with many fan pages popping up on the internet. That's not a bad legacy to have built, considering that once upon a time this was a band from Athens, GA, that were considering calling themselves Cans Of Piss. Perhaps Peter Buck hit the nail on the head earlier this week when he said; "Being a part of your lives has been an unbelievable gift. Thank you." So farewell R.E.M. and good luck to the band members as they go their separate ways. For anyone who has ever had an 'R.E.M. moment', remember their songs, but above all else remember where you were when you heard them.