Way before there was a 'Man On The Moon' and an 'End Of The World As We Know It'; before they were 'Automatic For The People' or even 'Out Of Time', R.E.M. were still a cult band waiting for their big moment.

Four years after R.E.M. had formed, and seven before they would release their true breakthrough album, Out Of Time, the band released their second full length studio album, Reckoning. By the time 1984 came around there was already a high degree of expectation for R.E.M. to build on their critically acclaimed debut album, Murmur. Making Rolling Stone magazine's album of the year with their first album was no mean feat. Regardless of how good critics and fans may have thought the debut album from R.E.M. was you still wouldn't have put money on it beating MJ's Thriller or U2's War, but it did. 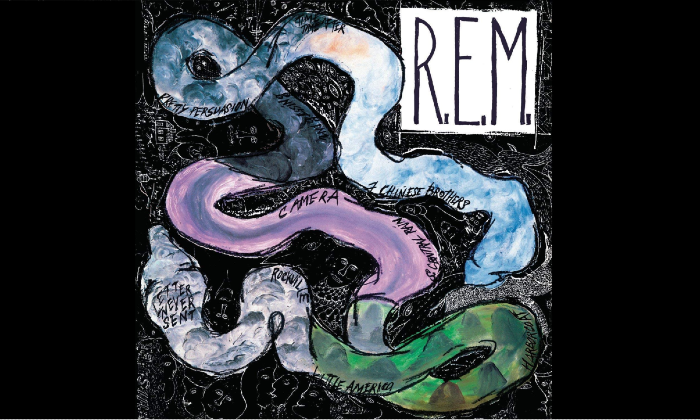 R.E.M. may not have converted their critical acclaim into physical sales with their debut album but they did get themselves noticed and had certainly put themselves firmly on the musical map. Work on album number two couldn't start quickly enough for R.E.M., especially for band co-founder and lead guitarist Peter Buck who said, "We were going through this streak where we were writing two good songs a week". The rate at which the songs were being written lead to speculation that R.E.M. may deliver a double second album but this never came to fruition. Instead the band recorded their next album over a 16 day period that started in December 1983 and ended in the middle of January 1984, honing down 22 potential songs into the final ten that made the original album cut.

It wasn't all plain sailing for the four men from Athens, Georgia. Initially there was some hesitation around who would produce the album, the band, and in particular Michael Stipe, were tired out from an extensive bout of touring in 1983, and following the disappointing sales numbers delivered by Murmur there was also a desire to make 'Reckoning' more commercial.

The first of only two singles released from Reckoning came just over a month after the album but more than six months after it had been premiered on Late Night With David Letterman as an, at that time, unnamed song. Stipe recalled the recording, saying, "They were all really nice to us, we were so green. The producers told us before the show that Dave would come over and talk to one band member after the song, and so Peter was chosen to represent us all. We made it through the song fine, but when Dave came over to talk I sat down on the floor monitor, and from that moment on, forever and ever, I was dubbed 'enigmatic'. What a crackup. Meh!" So. Central Rain (I'm Sorry) was the second single from R.E.M. to make the Billboard charts, reaching 85, a position slightly down on their biggest single success to date, Radio Free Europe.

The second single lifted from Reckoning, (Don't Go Back To) Rockville, did nothing to increase the band's overall commercial appeal. They may have enjoyed heavy rotation on college radio stations but the band were not really entering the mainstream by any stretch. Stipe's obscure or sometimes incomprehensible lyrics kept some listeners at bay. Whilst their music was being hailed and lauded by a plethora of critics including The Guardian, Rolling Stone and NME, it was not making that crucial breakthrough. The Country honky-tonk of (Don't Go Back To) Rockville is now a firm fan favourite but back in 1984 it failed to even chart.

Arguably the biggest song on Reckoning was one that wasn't initially released as a saleable single. Pretty Persuasion is widely regarded as an R.E.M. signature tune and is certainly one that has stood the test of time better than some others. The crisp and immediate production from Mitch Easter and Don Dixon captures the energy of the band and the energy of the song. If R.E.M. were being tasked with achieving more commercial success it is curious as to why Pretty Persuasion was released as a promotional single. The anthemic track, aptly described as "an anti-consumerism take on advertising", was already a staple of their live performance and had been since 1980.

Much of Reckoning is said to deal with darker themes in it's lyrical content but nevertheless the album still has an upbeat positivity to the soundtrack. Producers Easter and Dixon, re-employed after their work on Murmur, were keen to try and capture the spirit of the band's live sound and on many of the tracks they have achieved that.

From the opening jangle of Harborcoat, with it's tight percussive drive and revolving riffs, through to the more considered, Doors like, Time After Time (Annelise) and the delicate, melancholy of Camera, R.E.M. delivered an album that was pointing the way towards what was yet to come. R.E.M. may not yet have achieved much more than cult status back in 1984 but they had laid the groundwork for what was to follow.

Reckoning is a band developing their sound and having the confidence to know that what they have, and what they are producing, is quite special and worth pursing. Thankfully Reckoning spent a year on the Billboard album chart, making possible an incredible future for the Georgian band.