Fact: Actress Regina King has been named the Social Media Ambassador for the Screen Actors Guild Awards. The Ray star, who joined Judy Greer to announce the nominations on Wednesday (14Dec11), will tweet updates about the January (12) prizegiving between now and the big event.

Fact: RAY star Regina King has made her directorial debut behind the camera for pal Jaheim's new video. The actress also appears in the promo for Finding My Way Back, which was shot in Los Angeles earlier this month (Apr10).

Fact: Actress Regina King is set to put her taste buds to the test after landing a spot as a guest judge on her favourite U.S. cookery show, IRON CHEF. King was surprised with the honour by producers during an appearance on her Jerry Maguire co-star Bonnie Hunt's talkshow on Tuesday (26Jan10) after telling the host, "That's my goal for 2010 - to be an Iron Chef guest judge."

Quote: "If a person's mouth situation isn't right, I don't even want to talk to them." RAY star Regina King on her dislike for people with bad teeth. 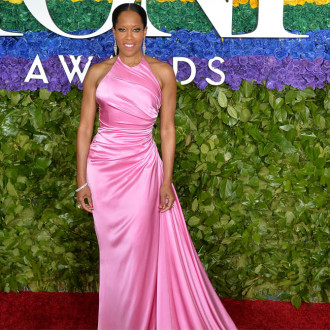