Quote: "I'm a pretty old-fashioned guy, I would say, so it was kind of strange for me to be kissing, like, six girls in the course of about a minute... I didn't even get to know their names. That's the sad part about it." Broadway's Spider-Man Reeve Carney on his appearance in Taylor Swift's I Knew You Were Trouble video.

Fact: Actor Reeve Carney is leaving Spider-Man: Turn Off the Dark after shooting to fame playing the superhero on Broadway. The star will cast off his red and blue costume in September (13), and producers are already on the hunt for a replacement by holding open auditions.

Fact: The stars of upcoming superhero musical Spider-Man: TURN OFF THE DARK have posed for a fashion shoot in Vogue magazine. Reeve Carney, who plays the title role, suits up as the webslinger, while JENNIFER DAMIANO, who plays Mary Jane Watson, poses in couture for the Annie Leibovitz shoot. 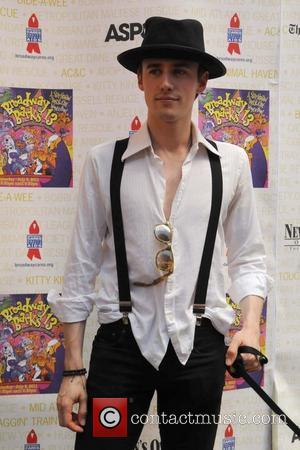