Reese Witherspoon Aims To Unite Film And Feminism With 'Wild'

Reese Witherspoon brings feminism to the forefront of Hollywood in female-led drama 'Wild'.

Reese Witherspoon takes on a strong female figure in 'Wild', in a bid to reinvent the male-centred world of Hollywood filmmaking. As Cheryl Strayed, a real life feminist and activist, she shows just how dynamic female protagonists can be. 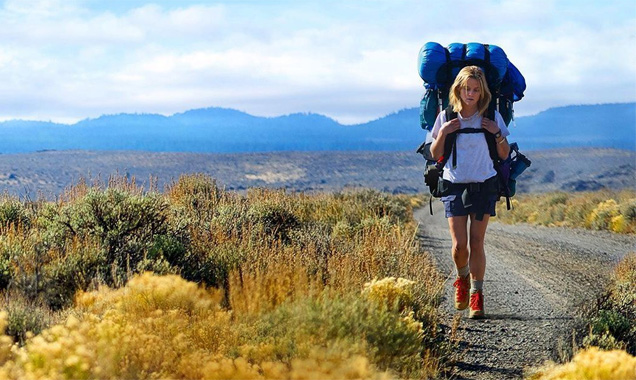 You don't have to look too deeply into the film industry to discover just how male characters are out there compared with female roles, thus Reese Witherspoon takes on one of her most challenging roles yet in a movie that hopes to change that. 'About three years ago, Bruna Papandrea and I were just looking around and realising that they weren't developing that many great leading roles for women in film', she reveals, on how 'Wild' all started. 'Complex, interesting, dynamic women. So we decided to form a company and one of the first projects we bought was 'Wild'.'

That company was Pacific Standard, and together they also helped build forthcoming action comedy 'Don't Mess with Texas' and even got involved with David Fincher's 'Gone Girl'. On discovering Cheryl Strayed's incredible story of her 1100 mile hike across the Pacific Crest Trail following her struggles with heroin addiction, parental loss and difficult divorce, documented in her memoirs 'Wild: From Lost to Found on the Pacific Crest Trail', it seemed a no-brainer for Witherspoon and Papandrea to take it on.

Watch the trailer for 'Wild' here:


'It is such a strong woman at the centre of it but it, for any reason, could be a man in this story. It's just a human story about discovering yourself', says Witherspoon, who may have experienced her own little bout of self-discovery with the amount of stunt work she had to perform. 'This movie was definitely one of the hardest movies I've ever made in my entire life', she admits. 'At one point we're hanging off the side of a precipice on Mount Hood with just belay ropes and sliding off the mountain. That part was incredibly hard but the other aspect that was so difficult was the emotional truth and honesty of this film. There's so many gritty scenes that I had to tackle.'

The film, directed by Jean-Marc Vallée, is scheduled to hit UK cinemas on January 16th 2015.