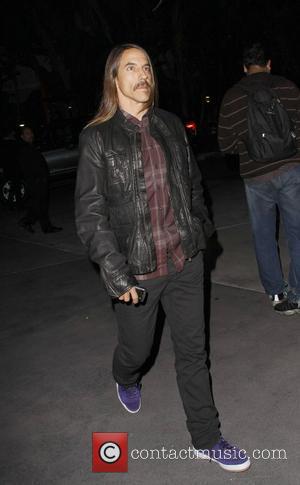 Red Hot Chilli Peppers, the American rock band formed in Los Angeles in 1983, are among the nominations for the Rock and Roll Hall of Fame's class of 2012. The band, who released their self-titled debut album in 1984, are heavily tipped to get the nod when inductees are announced in December, reports the Los Angeles Times.
At least 25 years must have elapsed since a musician or band's first album to be eligible for Hall of Fame status. Guns N'Roses, whose debut record 'Appetite for Destruction' was released in 1987, have also received a nomination. American hip hop trio Beastie Boys made the list, as did The Cure, 70's female rock act Heart, disco legend Donna Summer and British rock group the Small Faces. Once inductees are announced later this year, a ceremony will take place in New York in March. This year's ceremony saw rocker Alice Cooper, singer songwriter Neil Diamond, Dr John, Darlene Love and Tom Waits all inducted as Hall of Fame members. All nominations will be judged by 500 'rock experts' who will evaluate the candidates and vote on who should be inducted.
The Red Hot Chilli Peppers, winners of seven Grammy Awards, have sold over 80 million albums worldwide. The group released their tenth studio album 'I'm With You' on 26th August 2011.