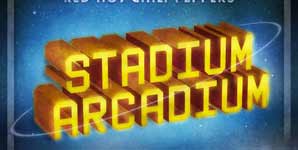 When bands say 'we couldn't throw away any of the songs, and had to release this as a double album,' those words should strike fear into the hearts of all right-thinking listeners. Unfortunately, it is true of Stadium Arcadium. The flabby choice of music, and rote playing, suggest that it's the standards that have dropped, rather than the Chilis finding any new songwriting level. There are good songs scattered about, such as the single Dani California, or Slow Cheetah, but the band strike out often, such as when they try to rediscover the funk rock feel of Blood Sugar Sex Magik on Hump De Bump, or when they aim at slow balladry. Their ninth album is a long way from their best, even if you iPod it and select your own 12 favourite tracks.