Rebel Wilson set for Night at the Museum 3

Rebel Wilson has joined the all-star cast of comedy adventure 'Night at the Museum 3'. 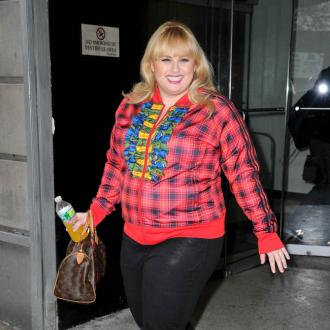 Rebel Wilson has joined the cast of 'Night at the Museum 3'.

The comedienne will be playing the night-time security guard at the British museum where the action is set this time around, Deadline is reporting. The role is rumoured to be similar to Jonah Hill's in 'Night at the Museum: Battle of the Smithsonian'.

She will be joined by fellow newcomer Dan Stevens - best known for playing handsome heir Matthew Crawley in British TV drama 'Downton Abbey' - who has been cast as the movie's villain, Sir Lancelot of the Roundtable.

Shawn Levy is directing, while Thomas Lennon has written the script and Robert Ben Garant and David Guion and Michael Handelman are producing for Fox.

The original 'Night at the Museum' was set in the American Museum of Natural History in New York City, and the sequel took place in Washington DC's Smithsonian Institute.

'Night at the Museum 3' is being lined up for a Christmas 2014 release.