Rebel Wilson claims she has ''a complex personality'' as she's nothing like her 'Pitch Perfect' character Fat Amy. 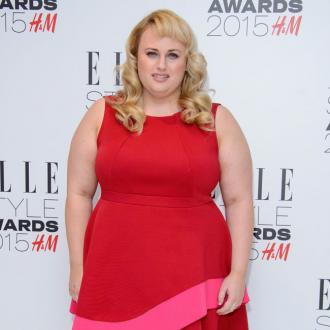 Rebel Wilson has ''a complex personality.''

The 'Pitch Perfect' star admits people are often surprised she's not really anything like her character in the comedy, Fat Amy.

She said: ''I have a complex personality. People see me in movies and think I'm like Fat Amy, but I'm not.''

The Australian actress loves her curvy figure and wants to be a good role model for her fans.

She shared: ''I was always the kind of person who cared what was on the inside. I'm a person who uses my brain; it's not really about my personal aesthetic. But then I realised that if girls can see me standing next to really skinny actresses holding my own and being really confident in how I look, then that's a good message to send.''

But the 35-year-old actress feels very lucky to share her stylist Elizabeth Stewart with a number of A-list actresses.

She said: ''She's so good. She does Cate Blanchett, Julia Roberts and Jessica Chastain. All the 'glamours.' And I wouldn't consider myself in that category. I thought when you meet someone like that they're just going to look at you and be like, 'Oh, we can't really do much with her.' But Elizabeth is the nicest, most creative person. It's been really cool to have such a high-end stylist to class up my image. I'm way more fashionable now that I ever was.''

Rebel is launching her debut clothing collection with Torrid and really enjoyed the design process.

She told PEOPLE magazine: ''I brought vision boards. I love rap and hop-hop, so I have this urban street side. And then I have this preppy element because of the all-girls private high school I went to in Australia.

''I think that's why the collection seems so original, because it's this mismatch of urban and preppy, and sometimes a little pretty. Then bada** Rebel at other times.''