Rebecca Adlington at the 2016 GQ Men of the Year Awards in association with Hugo Boss held at the Tate Modern, Bankside, United Kingdom - Tuesday 6th September 2016

The couple had been finding it tough coping as parents to their baby daughter Summer, born last year.

Former British Olympic gold medallist Rebecca Adlington has announced that she’s split from her husband Harry Needs after only 18 months of marriage.

A brief statement on the 27 year old’s official website on Wednesday morning (March 16th) said that the separation was “amicable” and that she and Needs, also a fellow ex-swimmer, would remain “close friends”.

Adlington and Needs, three years her junior, married in August 2014 at a rural venue in Staffordshire and welcomed a baby daughter, named Summer, together in June last year. However, new parenthood seems to have been a tough transition for the couple, with Adlington revealing that she and Needs had had a series of rows recently.

With five contestants forced to withdraw so far, ‘The Jump’ may go down in history are the most cursed reality show of all time.

Channel 4 reality contest ‘The Jump’ has gone through a number of line-up changes since beginning on January 31st, thanks to the high number of injuries suffered by the celebrity contestants. The latest celeb to fall victim to injury is former ‘Eastenders’ actor Joe Swash, who has broken a bone in his shoulder ahead of tonight’s episode (February 14th). 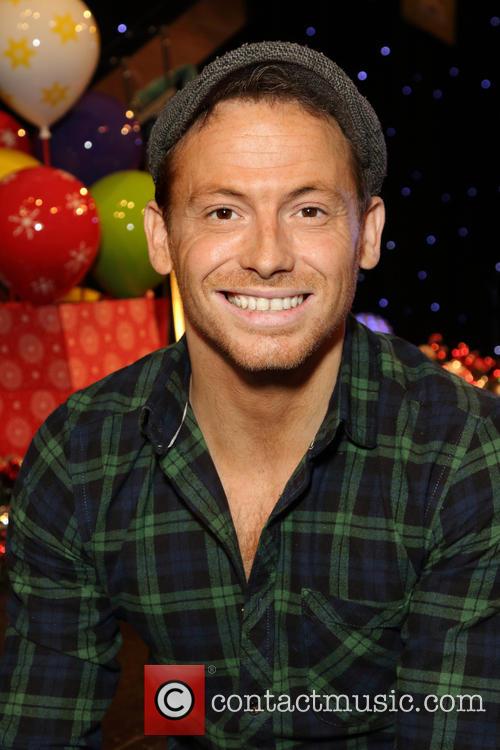 Joe Swash is the latest contestant to face injury on ‘The Jump’.

Tweeting a picture of himself in bandages the actor wrote, “I broke a bone in my shoulder that’s a good start!!!#2016.” However Swash is still expected to compete tonight, with a spokesperson saying: “He was checked over by medics and has been cleared to take part.”

Continue reading: Another Injury: Is ‘The Jump’ The Most Cursed Series Ever?