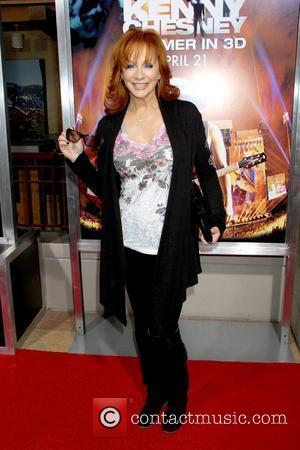 Singer Reba McEntire had mixed emotions on Tuesday (01Mar11) after learning she will be inducted into the Country Music Hall of Fame - she shared the happy news with her sick father before he fell into a coma.
The Somebody star, 55, will be recognised in the Modern Era Artist category as part of the class of 2011 alongside fellow honorees, producer Bobby Braddock and honky tonk singer Jean Shepard.
Representatives for the County Music Association made the big announcement in Nashville, Tennessee on Tuesday (01Mar11), but Mcentire was unable to attend as she was at her sick father's bedside in hospital.
In a statement, Mcentire says, "I am so appreciative. This is a wonderful honour during a very emotional time in my life."
The induction ceremony will take place at the Country Music Hall of Fame and Museum in Nashville later this year (11).