Razorlight - In The Morning Single Review

Review of In The Morning Single by Razorlight

Razorlight
In The Morning
Single Review 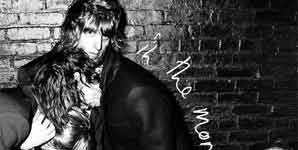 Johnny Borrell has put himself on the line stating that they are the best band to come from the UK, and that their next album will wipe the floor with the Arctic Monkeys debut album. So what does he have to back these brave quotes up with?

In The Morning is the new single to come from Razorlight, If this were on their debut album it would have been one of the weaker songs. That is not to say that this is a bad song by any stretch of the imagination. It is just that now we expect so much more, and it seems like this was done with arrogance and not the normal Razorlight way.