Ray J - What I Want Video 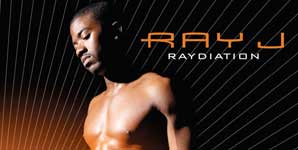 Ray J
What I Want

In support of the release of Ray J's second single from his album, Raydiation, contactmusic.com bring your the video for "What I Want". Ray J is blazing his own trail with the success of his latest album Raydiation and his first single 'One Wish' which has become so popular at radio that fans can't seem to get enough of him.

Riding the wave from the success of his first single "One Wish," which peaked at # 3 on Billboard's Hot R&B/Hip Hop Singles chart and # 11 on the Hot 100 singles chart, Ray J is ready to release the second single and video, "What I Need," from Raydiation. "What I Need" is about a young couple whose relationship starts off great but is tested by a few things down the line as Lewis begins to doubt their relationship, but that's when Ray J explains to her through song she's all he'll ever need in a woman.