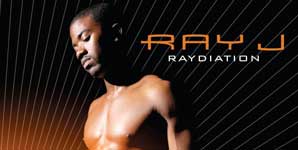 Ray J returns with a new album. Opening with the Darkchild produced club driven head nod monster that features Fat Joe on spitting chores. "What I Need" is a breathtaking mid-beat R&B swayer well written, well vocalled and well produced. The Darkchild ballad "One Wish" has to be one of the R&B slow jams of 2005, it is quite simply sublime and is a track that will easily stand the test of the time such is it's quality. Keeping with the down low biz "Let's Play House", "Melody" and "Anytime" show more class from Ray J. "War Is Over" is a radio friendly duet with his sister Brandy. "Quit Actin" feature's R Kelly and Shorty Mack and has the kinda feel that you would associate with R Kelly on track's such as "Do You Really". In fact R Kelly stamps his authority so much on this track, it actually sounds like it is his own cut. This is a much better outing from Ray J and although it isn't the best album you will ever here it is a vast improvement on Ray J's previous outing.
3/5