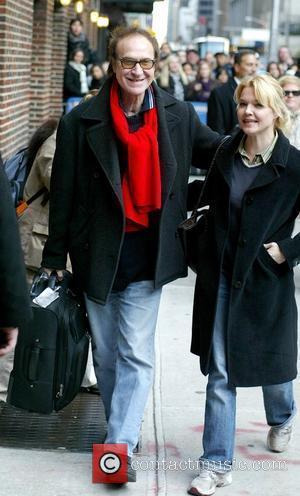 Ray Davies paid tribute to his former The Kinks bandmate Pete Quaife during his set at the Glastonbury festival in England on Sunday (27Jun10).
The singer/songwriter dedicated See My Friends to the bassist, who died of kidney failure last week (23Jun10). He was 66.
Davies told fans, "I wouldn't be here today if it wasn't for him."
The star and Quaife founded The Kinks in 1962.
Davies had a thrill for the festivalgoers - he brought the Crouch End Festival Choir onstage with him to perform a string of Kinks hits.