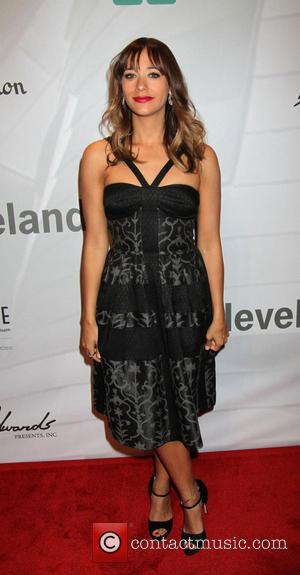 Actress Rashida Jones has made her directorial debut after stepping behind the camera to shoot Sara Bareilles' new music video Brave.

The upbeat clip features the Love Song hitmaker and a number of extras dancing in a variety of public places, including a library, a mall and a gym, and Bareilles insists she had a blast working on the project with the talented I Love You, Man star, who is the daughter of music mogul Quincy Jones.

Joking about the experience during an interview with PerezHilton.com, she said, "She's been a f**king dream and... I basically want to be her best friend."