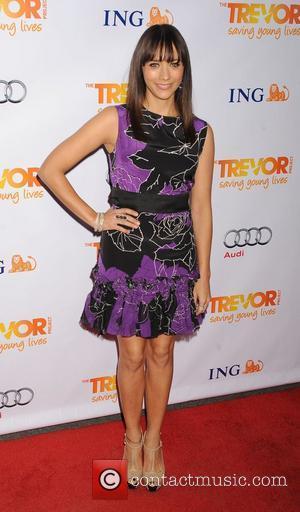 Actress Rashida Jones is putting off plans to launch a music career, because she wants to spend time honing her performances to ensure her producer father Quincy Jones is "proud" of her.
The Social Network star is waiting until she has a long period off from making movies so she can "devote" herself to singing.
She tells U.S. talk show host Piers Morgan, "It's something that I love to do. But I feel so strongly that I want to be so good at it, and I want to know music in and out. And I want to know theory.
"I want to lock myself in a room for six months and just know it - you know, know music in and out, and feel comfortable with it. But unless I could devote my soul to it, I wouldn't want to do it, because I would want to make him proud."