Review of Down 2 Earth Album by Ras G 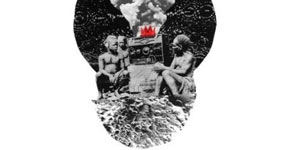 This next addition from Ras G is far removed from a pop formula but staying true to hip hop, he's experimenting with sounds and you can't help but feel the underground flavour. The only vocals coming through are samples, so it's about beats and bass in your face. It's a deep album for a listener of beats. It certainly has character and shows his skill that is to be respected.

I found 'Down 2 Earth' quite refreshing. It took me back to the time of 90's production where a lot of focus on new ideas regarding production was everywhere. It's cool for an artist to release a collection of sounds that still seems relevant. It goes to show how enduring the culture of hip hop is. The movement continues.