Aussie four-piece Rapids are promoting their upcoming EP 'Holland Air' with a brand new music video for their track 'Krang'.

The video stars Jessica Tovey and Ryan Corr as newsreaders on a channel 5 news program which comes across as twisted and bizarre without really making a lot of sense; much like previous videos such as 'Cut Fast', you can't really see where the situation is going but it's difficult to peel your eyes away from - and that's thanks to talented cameraman, director and producer, Hari Jago. It certainly takes a few watches to understand exactly what's going on which, I suppose, is one way of earning YouTube hits. The track is a chaotic mix of uneven guitar riffs, heavy drum beats and melodic synth sounds which, coupled with the strong but slow rock vocals of Jamie Timony, makes for a truly powerful but ballad-like indie tune.

The Sydney quartet (who are drummer Angus McLaren, guitarist Will Shepherd, bassist Remy Hii and Jamie) will release their incredible punk-inspired EP this October, produced by the man who did Cloud Control's 'Bliss Release' Luke Judson. With each unveiling of the tracks, there comes even more anticipation for this talented group's first EP which has so far earned them a pretty enthusiastic fanbase. 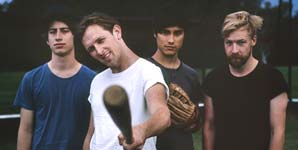 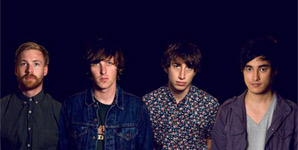