The 'Real Housewives' of Atlanta and New York were present for the recent Bravo upfront event in New York and although the group of ladies were together for the red carpet, apparently it was only the Atlanta girls who were on speaking terms after the shoot.

Ramona Singer, Jill Zarin, Alex McCord, Kelly Bensimon and Cindy Barshop all appeared together on the red carpet however reports have emerged that none were on talking terms once inside the venue. As for former housewife Bethenny Frankel, apparently none of the New York socialites were willing to exchange glances never mind words.

Kandi Burruss, NeNe Leakes, Cynthia Bailey and Phaedra Parks of the Atlanta spin-off however were on positive terms as were the other groups of housewives.

A very pregnant Rosie Pope and a cosy looking Tom Colicchio and Gail Simmons are also present in the clip. 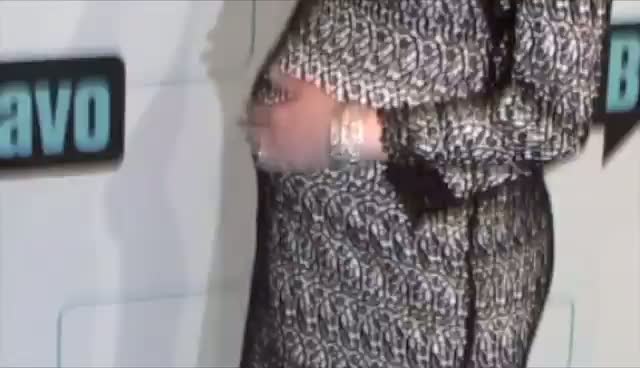