Review of Stronger Than Ever Single by Raleigh Ritchie

Jacob Anderson is most recognisable for his TV and film work - among which include British drama 'Adulthood', crime series 'Broadchurch' and even, more recently, 'Game Of Thrones' - but now he's taking his creativity elsewhere. Under the new moniker Raleigh Ritchie, he unveiled his debut single 'Stronger Than Ever' which precedes his forthcoming studio album. It's not the first time he's dabbled in music having worked with Plan B on the 'Adulthood' soundtrack, and we certainly hope it won't be the last. 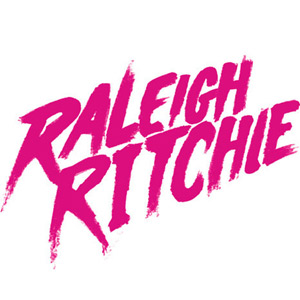 The slow piano intro of 'Stronger Than Ever' sets us up for a reflective, down-tempo number and, indeed, that's how the track proceeds. Raleigh's London accent rings loud and clear in the echoing first lines and there's a lack of fear in the rawness of his voice; you can hear every tone with such intense clarity.

Then, the volume increases with the addition of muffled drums but the synths, though appropriately uplifting, feel a little suffocating. The vocal coherence fuzzes over in the chorus which doesn't make an awful lot of sense given the subject matter of the song. You shouldn't be straining to hear such emotionally powerful lines as 'I'll fall from the sky, but I won't fall forever, I'll fall but when I rise I'll be stronger than ever'.

Nonetheless, the rap bridge towards the end is strong highlight and the lyrics overall have added depth with the realisation that Raleigh is singing from personal experience. It's nice to hear a catchy pop song that takes notice of the message it's putting across and allows a rapport to develop between artist and listener. One can go away from this song with, at least, a little more self-assurance.