'Modern Family' star Rico Rodriguez and his sister 'Austin & Ally' actress Raini Rodriguez are snapped leaving the Pantages Theatre in Hollywood on the opening night of 'The Wizard Of Oz' after the show. Paparazzi ask them what they thought of the musical, to which Raini replies, 'It was great!' Someone tries to waylay them for an autograph but they are swiftly ushered away up the street by their minder.

20-year-old Raini has starred in 'Austin and Ally' since 2011 as Trish, while 15-year-old Rico has been part of the cast of 'Modern Family' as Manny Delgado since 2009. 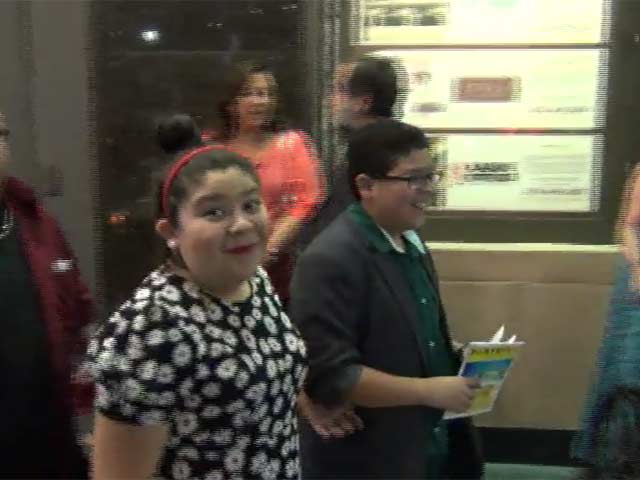