Rag'n'Bone Man releases Nothing But Thieves remix of Alone

Rag'n'Bone Man Nothing But Thieves Pink

Rag'n'Bone Man has released an unlikely remix of 'Alone' featuring alternative rock band Nothing But Thieves.

Rag'n'Bone Man has released a rework of his latest single, 'Alone', featuring rock band Nothing But Thieves.

The 'Human' hitmaker has surprised fans with the unlikely collaboration, which sees the electronic beats and synths exchanged for guitars, bass and pulsing drums by the Conor Mason-fronted group.

On how the remix came about, Rag'n'Bone Man - whose real name is Rory Graham - said: "Most singles I've released so far come with remixes and sometimes it's a bit difficult to imagine what it's going to be like - especially if it's dance or drum and bass. With 'Alone', I felt like that wasn't going to be possible and I had to think outside the box. I remember seeing Nothing But Thieves at some festivals previously and thinking how amazing they were - I love their sound. I think they've done a really interesting version of this song and it's a real honour to have them on the track."

'Alone' is featured on the 36-year-old singer-songwriter's chart-topping second studio album, 'Life by Misadventure', which was released in May.

The latest collaboration comes after the 'Giant' hitmaker teamed up with pop megastar Pink on the hit 'Anywhere Away From Here'.

Rag'n'Bone Man has enjoyed a dramatic rise over recent years, however, he's also admitted to struggling to come to terms with fame.

He said recently: "I'm quite a private person. I have a small group of friends and I don't like massive crowds.

"I couldn't describe something that I felt more uncomfortable with than being on a red carpet and having people shouting at you and taking pictures of you. And then having to go to an after-party where you're paraded around as the new thing.

"I remember closing my eyes at one point and wishing that one of my mates would come and rescue me. It just doesn't suit me."

'Alone' featuring Nothing But Thieves is out now on all major streaming platforms. 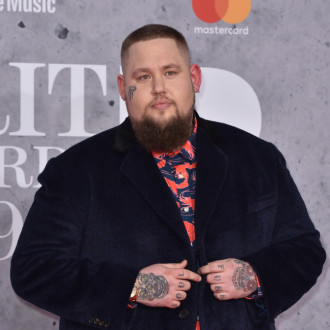 'I'm only human after all': Rag'n'Bone Man serves bacon baps at weekends

Rag'n'Bone Man releases Nothing But Thieves remix of Alone