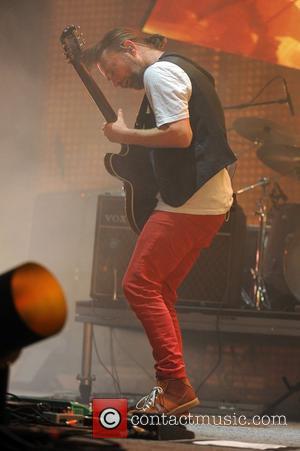 Veteran Brit-music saviours Radiohead proved why they're still so revered today after nearly two decades together as they wowed audiences with their headlining set at this years Bonnaroo Music & Arts Festival in Manchester, Tennessee.
The set, whose main-focus point was an ever-changing arrangement of flat-screen panels hanging from the rafters and showcasing the group, was mostly focused around the band's more recent work, particularly their last album King of Limbs and their exceptional 2007 work In Rainbows.
There was one event however that took on the main talking point of the set however, and that was when frontman Thom Yorke name checked former White Stripes main-man Jack White towards the end of the set, Billboard reports.
"This song is for Jack White," Yorke told the crowd, "we saw him yesterday. A big thank-you to him, but we can't tell you why. You'll find out."
Radiohead were a band who would scarcely collaborate with others in the studio until recently, with Yorke in particular hooking up with all manner of musicians nowadays for impressive collaborative efforts. This shout-out then has been heavily proclaimed to be an indication that the two frontmen, and even their respective bands, may be working together in the studio or on tour in the near future. Whether it is a more individual collaboration like the one with Yorke and electro-pioneers BURIAL and Four Tet, or a more extensive one like the upcoming Atoms For Peace project featuring Flea, Nigel Godrich, JOEY WARONKER and MAURO REFOSCO, then we will just have to wait and see.