Rockers Radiohead Have Become Unexpected Favourites To Be Named The New Musicians Behind The Next James Bond Theme Tune After A Sudden Flurry Of Bets At U.k. Bookmakers. 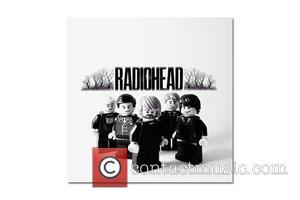 Picture: Radiohead - Adly Syairi Ramly, a self-proclaimed music and LEGO junkie, has transformed the toy brand's famous figures into some of the world's most iconic...

Ellie Goulding had been believed to be the main contender for the coveted job, after fellow Brit Sam Smith ruled himself out of the running, saying, "I heard Ellie Goulding was going to do it, it's definitely not me."

The Lights hitmaker has been fuelling speculation ever since, posting a cryptic "Live and Let Die" message online earlier this month (Jul15), a reference to the 1973 film starring Sir Roger Moore and featuring a song by Sir Paul MCCartney's band Wings.

Goulding has yet to elaborate on the teasing post, but on Wednesday (29Jul15), bosses at British betting firm William Hill announced they were suspending wagers on who will sing the new 007 theme song after a number of bets were suddenly placed on Radiohead.

One anonymous customer further raised eyebrows by asking to place $24,000 (£15,000) on the Creep rockers, according to The Hollywood Reporter.

A William Hill representative says, "The first gamble of the day was Ellie Goulding and punters were backing her as if she already had the gig, but just as we were thinking of pulling the plug we had a load of bets for Radiohead, including one customer who asked to place a £15,000 bet on the band at 10/1.

"There seem to be all kinds of rumours and the plot has had more twists and turns than a classic Bond tale, but surely nobody risks £15,000 on a hunch."

Director Sam Mendes recently revealed the theme song for Spectre, the new Bond movie starring Daniel Craig, had already been recorded, with the news expected to be released in the coming days.

Spectre is due for release later this year (15).