Radiohead Celebrate The 20th Anniversary Of 'OK Computer' With 'OKNotOK'

'OKNotOK' is the 20th anniversary boxed edition of Radiohead's 1997 album.

To celebrate 20 years since the release of their first number one album 'OK Computer', Radiohead launch a boxed set edition entitled 'OKNotOK' featuring never before released material alongside the fully remastered original album. The band are on tour in Europe this summer. 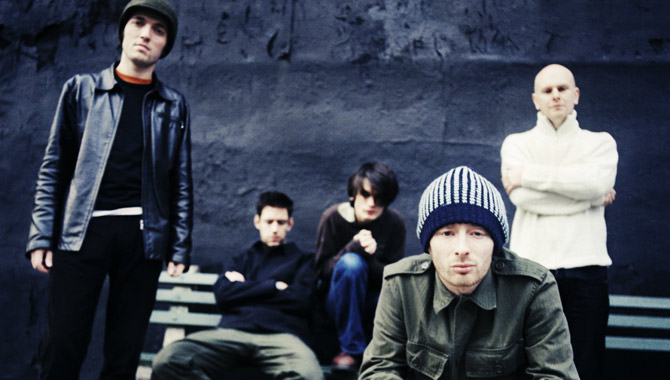 It's hard to forget the British rock band's landmark 1997 album 'OK Computer', with tracks the likes of 'Paranoid Android', 'Lucky' and 'Karma Police'. Co-produced by Nigel Godrich, the album was their first release to reach number one in the UK charts and now we're revisiting it in all its glory.

'OKNotOK' sees the multi-Platinum record completely remastered with eight B-sides and including three tracks that have never been heard before: 'I Promise', 'Lift' and 'Man Of War'. The full boxed edition costs £100 ($130 USD) and contains 12 inch vinyl records, a 104-page notebook of frontman Thom Yorke's notes, a 48-page sketchbook of album artist Stanley Donwood's doodles and an especially compiled cassette mix tape. The less pricey collection is the CD edition which just features the 12 tracks, the B-sides and the three new songs.

Radiohead released their last album 'A Moon Shaped Pool' in May 2016 featuring the singles 'Burn the Witch' and 'Daydreaming'. The band embark on their summer festival next month, kicking off with Spektrum in Oslo on June 6th 2017. They'll also play Best Kept Secret in the Netherlands, Open-er Festival in Poland and, of course, Glastonbury in the UK on June 23rd.

As well as the festival appearances, they'll perform a two-night residency at Manchester Arena on July 4th and 5th, followed by an appearance at Glasgow's TRNSMT Festival on July 7th. They will venture out of Europe for a one-off appearance at Park HaYarkon in Tel Aviv, Israel on July 19th.

More: Read our review of Radiohead's 'A Moon Shaped Pool'

'OKNotOK' will be released on June 23rd 2017 through XL Recordings.