Review of Amnesiac Album by Radiohead 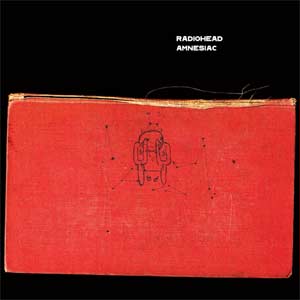 It's slipped out pretty quietly this one. After the media excreta and advertising frenzy (or not, as the band would have us believe) that precluded and followed Amnesiacs forerunner Kid A its quite ok now to wonder what all the fuss was about. This, their second album release within a year (there was a gap of three years between Kid A and OK Computer), has backed away from the hype and rather more appropriately made the kind of entrance that Kid A should have made.

The recording of both aforementioned albums was inconsistent. All the inclusive tracks were recorded within the same eighteen month session but it wasnt until afterwards that decisions were made as to which tracks were going where. Listening to Amnesiac you realise that all of the tracks could quite easily be part of one super edition bumper double album. The movement away from standard songs, the vocal trickery, the overwhelming emphasis on production as well as simply writing a darn good tune is still so obviously there.

Like Kid A there are the immediate impact tracks such as the astounding gurgling symphony of the last single Pyramid Song, the Johnny Marr jangled guitar of Knives Out. And the rest of the album consists of a reworked, lo-fi version of Morning Bell (Amnesiac) plus a plethora of intriguing, percussion-heavy and vocally-intense compositions that yet again go to prove that Radiohead are indeed a force to be reckoned with.

If you are in danger of having your opinion marred by the past years hype; the wallowing array of reviews both exultant and derisive, simply listen. Pretend this is the debut album of some up and coming band from Bridlington. Then see what you think. I'll tell you one thing, there'd be instant revelations from every single music journo in the country that the best band since Radiohead had arrived.