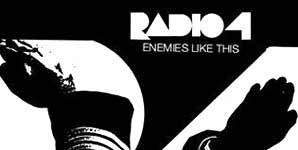 Radio 4 return with a ferocious new single 'Enemies Like This' on June 12th, taken from their forthcoming album of the same name on June 19th. It only takes a few seconds of 'Enemies Like This' to realize that the Brooklyn-based band has returned with all cylinders fired up and with an explosive and rejuvenated sense of purpose.

Those that have seen the band live before will know that Radio 4 have never been ones to shy away from making a loud noise or issuing a firm statement, but on 'Enemies Like This', they've both streamlined and stretched their sound, they've cut the fat, trimmed the filler, and focused on the music.

'Enemies Like This' is the album long awaited by all those who know that, up to now, Radio 4's strongest impression has been made from the stage. In the last year they have toured alongside the likes of The Libertines, Gang Of Four and The Raveonettes, played several triumphant headline UK shows plus appeared at diverse festivals from Coachella in California to Homelands in Britain and Benicassim in Spain, proving that Radio 4 transcend the reaches of the genre police and can set any stage ablaze with their own party, Brooklyn style. 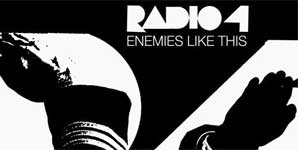 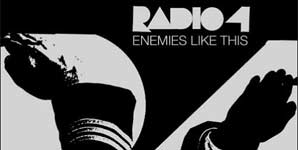 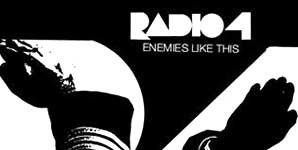 Radio 4 - Stealing Of A Nation