Rachel Weisz learnt how to ride a unicycle among other talents in just two weeks for her new film 'The Brothers Bloom'. 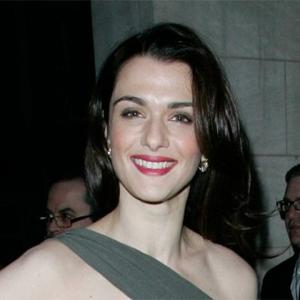 Rachel Weisz learnt how to ride a unicycle in two weeks for 'The Brothers Bloom'.

The 40-year-old actress - who plays eccentric heiress Penelope in the Rian Johnson-directed comedy - confesses she had little time to learn a menagerie of special tricks and an expert had to be employed to help her.

She said: "I had to learn to look like I could play violin, piano, banjo, guitar. Plus karate and skateboarding! And I've never ridden one in my life.

"There's a unicycle and juggling. It was a lot of stuff and I had two weeks to learn them all, apart from a card trick - a really complicated one.

"An expert from England was flown to the film set, and I spent weeks and weeks learning the trick. Before we started I couldn't even shuffle a deck, so I always had a pack of cards with me and I had to practice every single day."

The British star also admits she wanted to do a comedy after a long period of serious roles, but those casting were not so keen and she had to pursue them.

She told the Scotsman newspaper: "I really wanted to do a comedy. But it wasn't the kind of work I was being offered. The director and producer certainly weren't running after me. I ran after them."

'The Brothers Bloom' - which also stars Adrien Brody and Robbie Coltrane - is released in the UK on June 4.