Rachel Weisz has confessed she would consider playing a glamorous villain opposite her husband Daniel Craig in one of his future James Bond films. 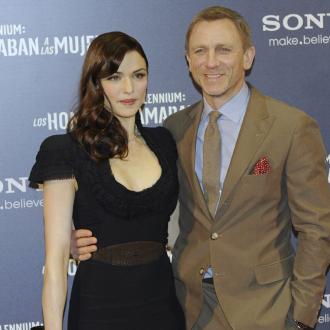 Rachel Weisz wants to be a Bond villain.

The 'Oz the Great and Powerful' actress would consider starring opposite her husband Daniel Craig in a future James Bond film and thinks she would make the perfect antagonist to cause chaos for his secret agent alter-ego.

Asked by Esquire magazine whether she'd consider a villainous role, Rachel quipped: ''I'd like to! I wouldn't say no. I'm not a snob about entertainment.''

The raven-haired beauty thinks her unusual run would make her right fit for the coveted role since she has mastered the art of running like a man in order to look good during fast-paced chase scenes.

She explained: ''Apparently, I don't run like a girl - which is a compliment. I was told that by Jeremy Renner. Girls have wider hips so our legs tend to spin out. It's not very good for action movies. You have to get quite boyish girls. So I've learned to run like a man.''

Meanwhile, Bond producers Michael G. Wilson and Barbara Broccoli have issued a statement following the revelation this morning (06.03.13) that Sam Mendes will not be helming the 24th chapter of 007's adventures.

They said: ''We thoroughly enjoyed working with Sam, he directed our most successful Bond movie ever, 'Skyfall'. We would have loved to have made the next film with him but completely respect his decision to focus on other projects and hope to have the opportunity to collaborate with him again.''

Daniel is returning for the new film alongside Naomie Harris, Ben Whishaw and Ralph Fiennes.