Rachel Weisz doesn't think her six-year-old son Henry will grow up wanting to be an actor. 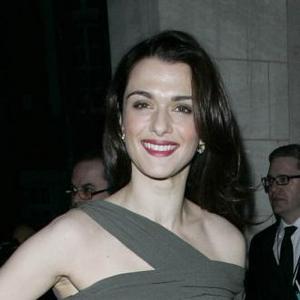 Rachel Weisz expects her son to ''rebel'' and become a banker.

The 'Bourne Legacy' actress doesn't think six-year-old Henry - her child with her former partner, 'Black Swan' director Darren Aronofsky - will want to follow in his family's footsteps and pursue a career in performing, and she is determined not to push him into a career direction he may not want.

Rachel - who is married to James Bond star Daniel Craig - said: ''He is really into science and batteries and magnets and how things work.

''He is just finding his own way but he has so many people around him in the arts that he will probably rebel and become a banker.

''I don't push him towards anything, I just let him be.''

The 42-year-old actress admitted she finds it difficult to relax when she isn't working because she doesn't enjoy being alone.

Asked how she relaxes, she told Stylist magazine: ''With difficulty. I'm not brilliant at being on my own - I don't have a hobby. I don't play guitar or knit.

''I'm better with people. My son and I hang out, take trips, go to the park. I find the school run relaxing because that routine is very comforting. When I'm working I can't do it, which is sad.''