Rachel Weisz and Daniel Craig to star in Broadway play

Rachel Weisz and Daniel Craig will star in Harold Pinter's 'Betrayal' on Broadway together later this year. 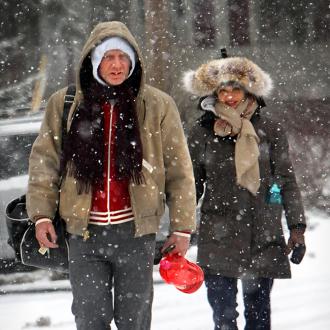 Rachel Weisz and Daniel Craig will star on Broadway together.

The British stars - who tied the knot in 2011 - will play a married couple in a new production of Harold Pinter's 'Betrayal' on the New York stage, where Rachel's character Emma cheats on Daniel's Robert for seven years.

The 14-week showing of 'Betrayal' is scheduled to begin preview performances on October 1 at the Barrymore Theater and open on November 3.

Rachel previously revealed she would consider starring opposite her husband in a future James Bond film and thinks she would make the perfect antagonist to cause chaos for his secret agent alter-ego.

Asked whether she'd consider a villainous role, Rachel quipped: ''I'd like to! I wouldn't say no. I'm not a snob about entertainment.''

The raven-haired beauty thinks her unusual run would make her right fit for the coveted role since she has mastered the art of running like a man in order to look good during fast-paced chase scenes.

She explained: ''Apparently, I don't run like a girl - which is a compliment. I was told that by Jeremy Renner. Girls have wider hips so our legs tend to spin out. It's not very good for action movies. You have to get quite boyish girls. So I've learned to run like a man.''