Rachel Weisz - who is married to Daniel Craig - thinks actresses look ''sexier'' on screen than actors. 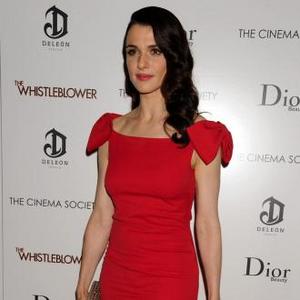 The 'Bourne Legacy' star - who is married to James Bond hunk Daniel Craig - has much more of an appreciation for female screen beauties than her male co-stars.

She said: ''Acting is a different world. I find women sexier on screen than men.

''When you work with actors, you don't find them particularly sexy. Brendan Fraser, in 'The Mummy', for Example, is very gentle for a big action man. Almost courtly, in fact.

''He is quite mysterious, with a lot going on in his head.''

The 42-year-old actress - who starred opposite Brendan in the action/adventure film - believes it takes more than just good looks for her to find someone attractive.

She explained in an interview with The Sun newspaper: ''I always find intelligence and sense of humour more attractive than good looks.''

Rachel has a six-year-old son, Henry, with her former partner Darren Aronofsky and she insists motherhood keeps her grounded amongst the distractions of Hollywood.

She explained: ''I think being a mum has completely grounded me. Being a mum is just delicious.

''I have also learned to get through a lot more in half the time, which came in useful for 'The Bourne Legacy' because you have to be so fit.''