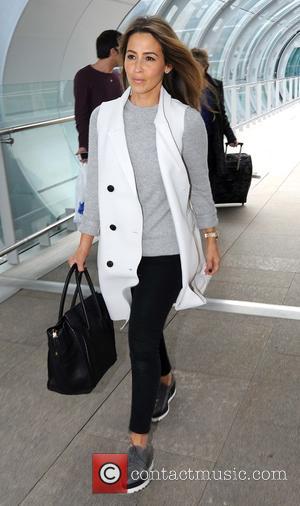 British pop star Rachel Stevens discovered she has an underactive thyroid when she was pregnant for the first time.

The former S Club 7 singer was diagnosed with the condition, which can cause weight gain, depression and tiredness, when she was expecting her first daughter, Amelie, in 2010 and she had to take medication to make sure the problem did not harm the baby.

In an article posted on DailyMirror.co.uk, Stevens writes, "Once a year I try to attend a well-woman screening to check hormone levels and general health. Thanks to one of these sessions, I discovered I was suffering from a slightly underactive thyroid. Between having the test to check on my thyroid and getting the results... I discovered that I was pregnant...

"Within the first three months of pregnancy, it's vital you have enough of the hormone thyroxine - not only for you but for your baby - as it can affect brain development and cause ­complications for the pregnancy like pre-eclampsia and Type 2 diabetes... It was lucky my ­condition was picked up early... I wasn't shocked when my consultant broke the news. The condition was explained in detail and so were the risks for anyone who's pregnant... Instead, I was grateful it had been ­identified, giving me the chance to bring it under control... and prevent my underactive thyroid causing problems for my baby."

Stevens, who remains on medication to control the condition, gave birth to her second child, Minnie, in April (14). She has been married to Alex Bourne, the father of her two daughters, since 2009.