Review of Under Mountains Album by Rachel Sermanni

It would be easy to trivialise the debut album from Rachel Sermanni as it's almost too 'fairytale come true' in its inception and creation (young wee Scottish lassie from the Highlands writes and performs perfectly poetic folk, is welcomed with open arms into the Communion fold and is swooned over by all who have heard her; Mumford, Tunstall & Costello among them). However, Under Mountains is no trivial affair or stroke of luck, more a statement of intent set out as a delicious appetiser from an extremely promising artist. As debuts go, it's pretty damn good. 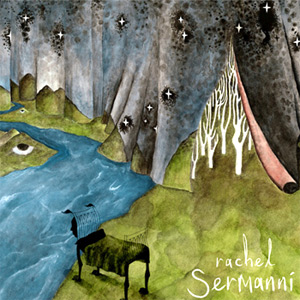 You may be forgiven for thinking that the opening bars of the first track 'Breathe Easy' are ushering in the start of the old Hamlet advert but, as soon as Rachel's radiant vocal pours into the mix, her captivating quality ensures you are drawn in for the entirety of the album. The less is more approach of the opener gives way to a rather more extravagant touch on 'Bones' where the escalating dervish is matched brilliantly to the sumptuous strings that adorn it. The tempo is pulled back for the delicate fantasy of the beautiful 'Waltz' before 'Ever Since The Chocolate' conjures up some marvellous imagery that Willy Wonka and Hansel & Gretel would appreciate.

The most immediate track also finds the album's title within its lyrics. 'The Fog' is a great piece of story-telling wrapped up in strategically placed strings, inventive percussion and timely breaks and builds that serve to enhance the catchy tale... 'Mercy, mercy I've been caught, Lying with my darkest thought. They grabbed my wings and pinned me to the wall. Oh light please try to hold your ground. Lift me up before I drown. The din creeps 'neath my skin and I can't hear no goodness speak'. Stirring stuff. 'Sea Oh See' lets Rachel showcase her expressive and emotive vocal as she sets it against a harmonised and layered backing with minimal instrumental disturbance before, rather aptly, it's just her and a guitar for the stripped back, dark lullaby of 'Sleep'.

The album takes a more sombre tone in the latter stages through the emotional 'Marshmallow Unicorn' and then the anxiety of 'Black Current'. 'Eggshells' sees the re-introduction of strings as hope is harnessed before the slightly eerie final track 'To A Fox' closes out the twelve track set leaving you wanting more.

Under Mountains is as good an introduction to Rachel Sermanni as she could ever have wished for. Not only has she shown what a fine singer she is, she has also highlighted what a fantastic lyricist she is with some great stand out pieces, 'Marshmallow Unicorn' being particularly good. Her song writing may lead to some comparisons with Laura Marling ('Bones'), Alison Sudol aka A Fine Frenzy ('Breathe Easy') and even Shara Worden aka My Brightest Diamond ('Sea Oh See') but these are merely references that help frame Rachel Sermanni's individuality. Her performances are bewitching, her vocals beguiling and the production, by Communions Ian Grimble, spot on. Album number two could be very interesting indeed. 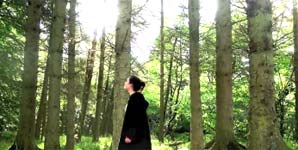 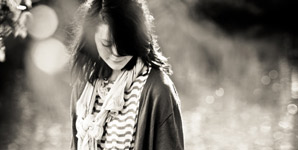