Rachel McAdams and Michael Sheen's split after a two-year romance is just 'temporary', according to a source close to the couple who expects them to get back together. 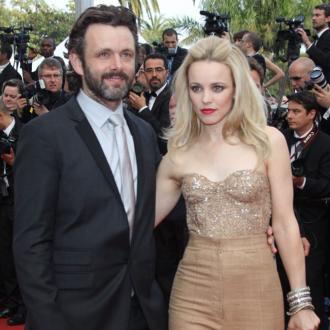 Rachel McAdams and Michael Sheen's break up is ''not permanent''.

The 'To the Wonder' actress and 'Twilight' actor - who met on the set of 'Midnight in Paris' - have reportedly ended their two-year romance, but friends believe split could simply be a temporary setback.

A source close to the couple claimed that they will probably get back together, telling E! News: ''It's likely not permanent. Temporary hiccup.''

The 34-year-old actress met Michael - who has a 14-year-old daughter Lily with ex-girlfriend Kate Beckinsale - when they co-starred in the Woody Allen film, although she insists they remained friends until after shooting ended.

She previously said: ''Michael and I didn't get together while we were filming 'Midnight in Paris', which I feel strongly about not doing when I'm working. We became quite good friends, which I think is a great way to start.

''I felt very blessed to have made a Woody Allen film in Paris together.''

Meanwhile, the 44-year-old actor said he was ''grateful'' to have met the beauty while making the film.

He said: ''I will be forever grateful that it was where I met Rachel.

''Nothing happened while we were filming. It was a lot later on after that.''

Prior to her romance with Michael, Rachel dated 'The Notebook' co-star Ryan Gosling for two years before splitting in 2007.