Rod Stewart's Ex-wife Rachel Hunter Has Landed Her Own Reality Tv Show Which Will Focus On Global Beauty. 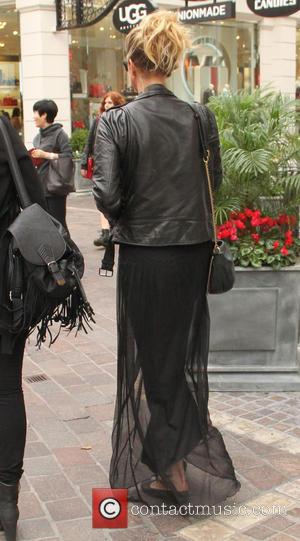 Picture: Rachel Hunter - Rachel Hunter goes shopping at The Grove in Hollywood dressed all in black with a leather jacket and long sheer skirt with...

Rachel's Tour Of Beauty will follow the New Zealander as she embarks on a voyage of discovery in Asia, the Middle East and the Americas.

Hunter, who is mum to two of Rod's kids, is in Cannes, France to promote the series, which will debut later this year (15).

Executive producer Bettina Hollings says, 'Rachel's Tour of Beauty is an exciting worldwide project for us and a very personal project for Rachel - a great journey of discovery to get to the soul of beauty.

"Rachel's performance is outstanding and it's fantastic to be working with someone so natural and professional."

It's not Rachel's reality TV debut - she was a judge on New Zealand's Got Talent and also hosted a series of Britain's Make Me A Supermodel.

The news of her new show comes just days after it was announced Rod Stewart's kids and his first wife Alana are planning their own reality show.

'There Is No One Else Like You': Beauty Advice From Rachel Hunter Ahead Of Her New Series

Hunter: My Breasts Are Real