'The O.C' actress Rachel Bilson (Jumper; New York, I Love You; Hart of Dixie) is seen leaving the ABC studio in New York, after making an appearance on popular chat show 'Live With Regis and Kelly' to promote her new TV show, 'Hart of Dixie'. Rachel signs a few autographs before getting into the waiting car.

Rachel rose to fame playing Summer in the teen drama The O.C, and made her film debut in 'The Last Kiss', which was released in 2006 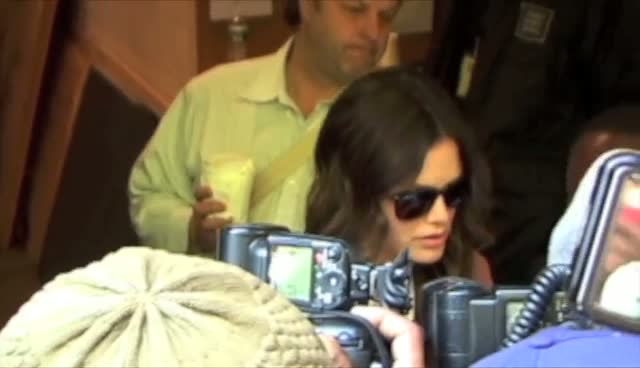