U.s. Teen Drama The O.c. Is To Be Developed Into A Musical Which Is To Hit The Stage In Los Angeles For One Night Only In August (15). 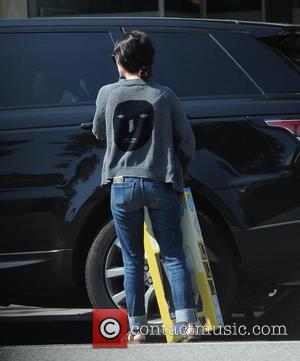 Picture: Rachel Bilson - Actress Rachel Bilson picking up a present at Juvenile Shop before buying baby bedrail for her new born at The Right Start...

The hit TV show, which featured stars including Mischa Barton, Adam Brody and Rachel Bilson, ran for four series before ending in 2007, and creator Josh Schwartz has now confirmed that a script has been developed for a stage show.

An official page for the show has been set up on Twitter.com, and TV and theatre bosses have revealed the musical will be staged in Los Angeles in August (15), but no further details were announced as WENN went to press.

Messages posted on the show's page read, "The adaptation is completed. Music is being arranged. The venue is almost locked. A date is coming shortly. California, here we come... The O.c. Musical set to debut on August 30th!...Location, ticketing info, and casting to come... Stay tuned!...Yes! This is a real thing... All your favourite songs from the show."

The musical adaptation follows in the footsteps of hit 1999 teen movie Cruel Intentions, which was also made into a stage show.