Actress Rachel Bilson Reunited With Her Former The O.c. Co-stars At The Premiere Of The Unauthorized O.c. Musical On Sunday Night (30aug15). 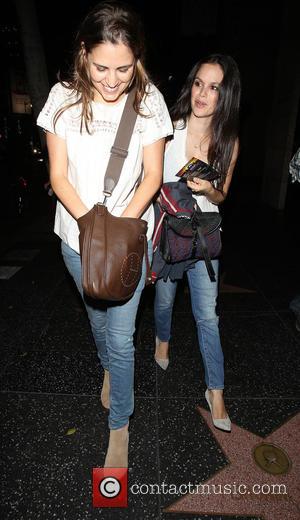 Bilson became a breakout star thanks to the cult teen drama, and she returned to her roots at The Montalban Theatre in Hollywood to watch the one-night-only staging of The O.C. as a musical.

The gang watched original The O.C. cast member Autumn Reeser, who took the stage as Clarke's Julie Cooper character, and the rest of the cast revamp storylines from the pilot, as well as series iconic moments through songs which featured prominently on the show including Oasis' Champagne Supernova, Hallelujah, and California, the memorable theme song by Phantom Planet.