The couple, who announced their pregnancy news in May, are now parents to a healthy baby daughter. Christensen and Bilson are parents to a healthy baby girl

"Hayden Christensen and Rachel Bilson welcome their daughter Briar Rose Christensen born on October 29, 2014," the couple's rep said in a statement. "Both mother and baby are healthy and doing well. They are asking for privacy and subscribe to the No Kids Policy."

For anyone wondering about their daughter's Disney-themed name, Briar Rose was the nickname that the three fairies called Princess Aurora while sheltering her from Maleficent's curse in the 1959 classic 'Sleeping Beauty,' Us Weekly reports.

News that Bilson and Christensen were expecting a baby broke in May. "They've both talked about this for a while and are so excited," a source said at the time. "Everyone is beyond thrilled for them."

Just before the former 'The O.C' star's pregnancy was announced, she spoke with the June issue of Health Magazine about her desire to start a family.

When asked what she wants to see in the future, Bilson replied, "to start a family would be good, any year in the next few years. I've always wanted to be a mom. I have always wanted kids. I can just see this little toddler waddling around the house."

And it seems the 33 year-old actress is with the perfect man to share the responsibility. While speaking about Christensen, she told the mag, "He's so incredibly supportive and considerate. It's so basic - that should be there. Because these things are so much more important when you're older."

Bilson met the 'Star Wars' actor in 2007 on the set of the sci-fi flick 'Jumper' and they became engaged in the following year, the pair briefly split in 2010 but reconciled a few months later. 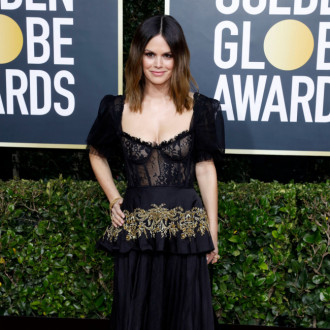