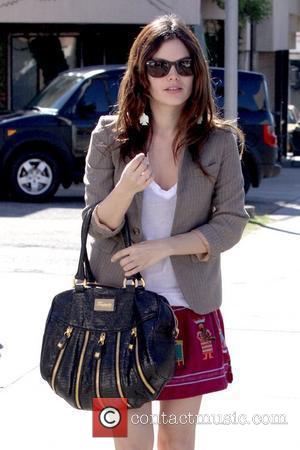 Rachel Bilson and Hayden Christensen could be set to announce some special news - after an engagement ring was spotted on the actress' finger.
The young couple have been together for more than a year after meeting on the set of 2008 film Jumper.
And there could soon be wedding bells according to New York gossip column PageSix, after Bilson was spotted on a flight from Los Angeles airport to New York's JFK on Monday (16Feb09) wearing a sparkling diamond ring.
A source tells the publication, "A man sitting in front of her on the plane saw a ring on her finger and asked if she was married."
And Bilson was said to have replied, "I'm not married yet, just engaged. I know I look like I'm 15 but I'm actually 27."