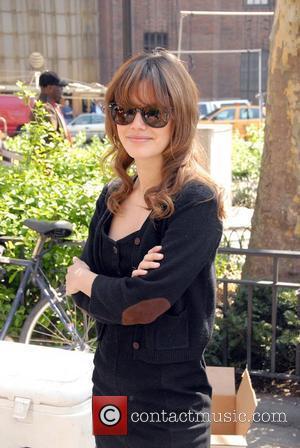 Los Angeles native Rachel Bilson was thrilled when she found out her high school mate KATHERINE MCPHEE was selected for US reality competition American Idol and even voted 100 times to make sure she reached the finals. The OC star got in touch with MCPhee during the competition earlier this year (06) and even attended one of the shows to cheer her friend on. She explains, "We did a musical together (in school). She was a freshman (year 9) I think when I was a senior (year 12), so she's a few years younger, but we were friendly. "I went to support her and watched a taping of the show. I voted 100 times." Although the actress performed in musicals in her younger days, she insists she's not going to be recording an album anytime soon adding, "I get embarrassed. I like to sing - alone."