The #MuteRKelly campaign won't have any effect on his impact and legacy, the singer reportedly claimed in a Facebook video.

R&B star R Kelly has been filmed boasting to a room of people that it’s “too late” for his musical legacy and impact to be destroyed, apparently mocking the much-publicised #MuteRKelly social media campaign that has sprung up in the wake of the ongoing sexual abuse allegations that have dogged him over the years.

A video, whose existence was originally reported by The Grio, was posted to Facebook around a week ago. In it, the singer is seen telling a crowd of people that the social media campaign, which was launched into fresh allegations of underage sex and that he trapped several women in a “sex cult” over many years, wouldn’t affect him.

“I'm handcuffed by my destiny,” Kelly says, clutching a cigar. “They should've did this f****** 30 years ago. It's too late. The music has been injected into the world.” 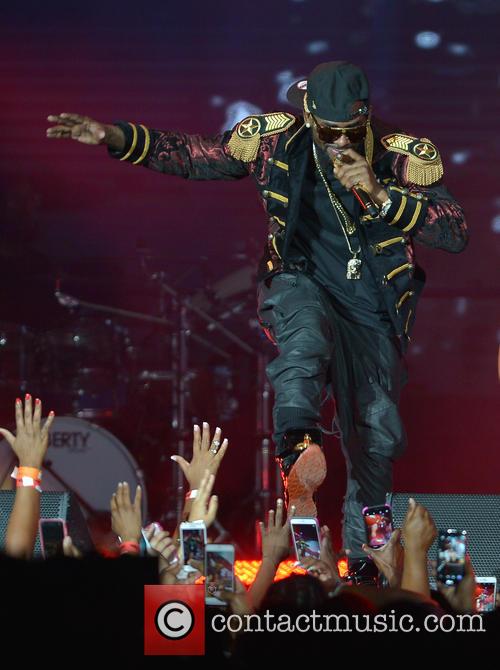 The 51 year old has regularly scored hits going back into the early Nineties, with globally successful singles including ‘Ignition’, ‘I Believe I Can Fly’, ‘Bump N’ Grind’ and ‘The World’s Greatest’.

However, in recent months, his reputation and career have taken a hit with the #MuteRKelly campaign, which has asked Kelly’s record label, concert promoters, ticket sellers and streaming services to withdraw their support for him. Back on May 10th, Spotify announced that it would be keeping his music online but that his songs would no longer appear on its playlists, with Apple Music following suit the next day.

Later in the video, Kelly appears to address the campaign, saying: “I got a million [people] hating me and 40 billion loving me.”

Toasting the “strong” men, he finished by saying: “[People] like you is why I still continue to do what I do, because I have a basketball mentality. As long as I've got the ball, the world is on defence.”

In related news, since the major streaming platforms announced that they would be removing Kelly’s music from their curated and algorithmic playlists, Associated Press reported that R Kelly’s weekly music streams were slightly actually up from the average, at nearly 6.7 million as opposed to a 6.5 million average.

“Frankly it’s not important in this context whether people are listening to his music or not, what’s important is that Spotify is holding itself to the standard that they themselves established and they live up to it,” said Shaunna Thomas, co-founder and executive director of women’s advocacy group UltraViolet, in response to the news.

More: The truth about R Kelly’s alleged sexual abuse to be explored in new documentary