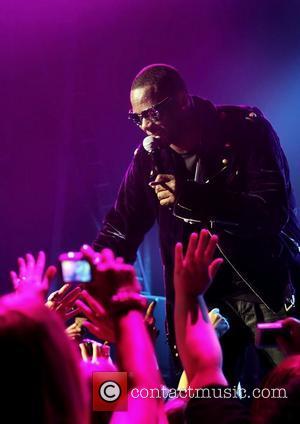 R Kelly makes history with 21st nomination for the Soul Train Awards. He is now the most nominated act ever, reports CBS News.

R. Kelly's double nomination at this year's Soul Train Awards, makes him the most nominated act ever at the awards show. Kelly brings his career total to 21 nominations and is up for the Ashford & Simpson songwriter's award and album of the year. Two was enough to steal the headlines, but it's Usher that leads the way this year with five nominations, whilst Estelle/em>, Nas, Trey Songz and John Legend are also in the running for various awards. Posthumous nominations include Whitney Houston for best gospel inspirational performance and Amy Winehouse for best international performance. New Edition will receive a lifetime achievement award. The Soul Train Awards - hosted by Cedric the Entertainer - will be filmed on Nov. 8 at Planet Hollywood in Las Vegas. The show will air Nov. 25 on BET and Centric.

R&B singer Usher will join pop singer Shakira as they fill in for Cee Lo Green and Christina Aguilera during the spring cycle of singing competition series The Voice" NBC says. The move will give Green and Aguilera a break from the show's schedule to focus on other pursuits.